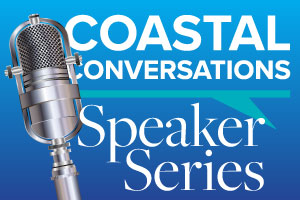 Charles Marohn – known as “Chuck” to friends and colleagues – is the Founder and President of Strong Towns and the author of Strong Towns: A Bottom-Up Revolution to Rebuild American Prosperity. He is a Professional Engineer (PE) licensed in the State of Minnesota and a land use planner with two decades of experience. He holds a bachelor’s degree in Civil Engineering and a Master of Urban and Regional Planning, both from the University of Minnesota.

Marohn is also the lead author of Thoughts on Building Strong Towns — Volume 1, Volume 2 and Volume 3 — as well as the author of A World Class Transportation System. He hosts the Strong Towns Podcast and is a primary writer for Strong Towns’ web content.

He has presented Strong Towns concepts in hundreds of cities and towns across North America. He is featured in the documentary film Owned: A Tale of Two Americans, and was named one of the 10 Most Influential Urbanists of all time by Planetizen.

Chuck grew up on a small farm in Central Minnesota. The oldest of three sons of two elementary school teachers, he joined the Minnesota National Guard on his 17th birthday during his junior year of high school and served for nine years. In addition to being passionate about building a stronger America, he loves playing music, is an obsessive reader and religiously follows his favorite team, the Minnesota Twins.

Chuck and his wife live with their two daughters in their hometown of Brainerd, Minnesota.