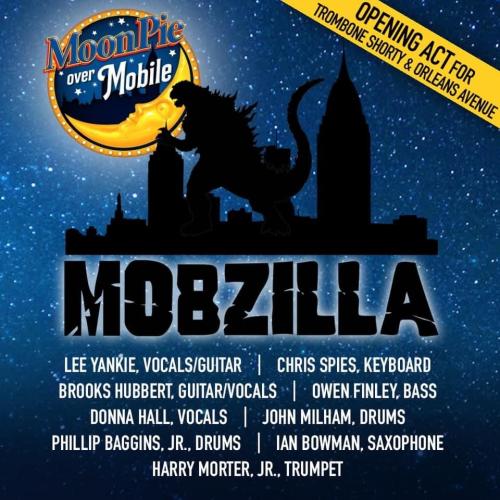 Ring in 2022 at one of the Gulf Coast’s largest and coolest New Year’s celebrations! Dig into the world’s largest MoonPie cake,  join the second line, watch live entertainment and start the New Year with an all-star fireworks show! And … find the only 600lb electric MoonPie at the world-famous MoonPie drop at midnight!

8PM: RESOLUTION WALL
Write down your resolution on the corner of St. Joseph & St. Francis streets

8:30PM: CUTTING OF THE MOONPIE
Enjoy a piece of the World’s Largest MoonPie in the Courtyard of the Renaissance Riverview Plaza Hotel

8:45PM: SECOND LINE PARADE
March with us from the Riverview Courtyard to the Main Stage led by elected officials. The public is invited to bring a Mardi Gras umbrella and join the procession!