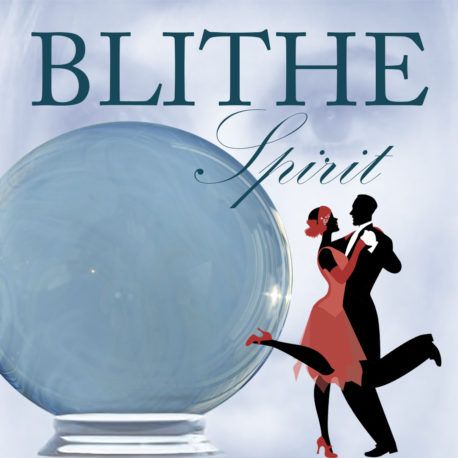 Blithe Spirit is set at the house of writer Charles Condomine and his wife, Ruth. One evening Charles invites local eccentric medium Madame Arcati to hold a seance at his house. He also asks along his friends Dr. and Mrs. Bradman, intending to gather character inspiration from Madame Arcati for his latest book.

Despite initially thinking the seance has been a failure, it soon becomes clear that Madame Arcati has unwittingly brought back Charles’ first wife, Elvira, to haunt him. Once in his house, Elvira is unable to leave and, since she cannot be seen or heard by Ruth, causes all kinds of mischievous trouble between the married couple. When Elvira unwittingly causes Ruth’s death in her attempts to bring Charles over to be with her, Charles becomes haunted by both of his now-deceased wives. Frustrated by their odd situation, the threesome call on Madame Arcati once more to send Elvira and Ruth back to the other side.